Get a free demo

Fill out the form below to see for yourself why over 1000+ club operators use eFitness to drive their growth.

While you are here

Follow us on Linkedin to get the latest industry tips and insights. 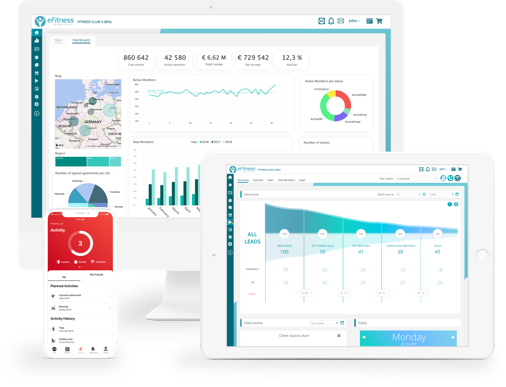 The administrator of your personal data will be eFitness Sp. z o.o. resident in Poznań, Poland. The personal data provided in the form will be processed in order to fulfill your request in accordance with its scope and to respond to it. You have the right to object, the right to access data, the right to demand rectification, removal or restriction of their processing. Detailed information regarding the processing of your data can be found in the Privacy Policy 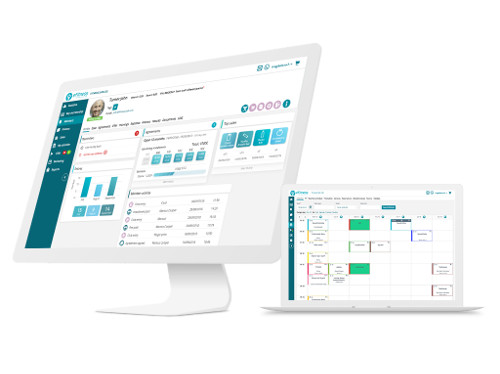 Powerful functionalities to drive your growth

Fill out the form below to see for yourself why over 1000+ club operators use eFitness to drive their growth.

Your request has been sent!

Thank you a lot!
Our friendly team is ready to help you, we will contact you soon.

Some people are like rain clouds, once they are gone it’s a beautiful day. Who are those people? Well, unfortunately for your prospects, those rain-clouds, may well be over aggressive, annoying, pushy gym membership consultants. Yes, you heard it. It’s 2019 and we’ve all turned a corner!

Gone are the days where it was considered acceptable for gym membership sales staff to approach every Thomas, Richard and Harold in the street, and schedule them in for an ‘appointment’ the next day.

Of course, we’re all too familiar with what happened during that ‘appointment’.

The sales staff ask Doris a series of pre-scripted questions to tap into her ‘emotional hotspot’, so they can discover why Doris really wanted to join the gym. They find out Doris is due to get married in 6 months time. *BINGO*! Now they can ingeniously show Doris around the gym, while simultaneously pretending to really care about her six-month goal to be in the best shape of her life as she walks down that aisle on her big day.

After they’ll care that much for Doris, that they’ll hit her with that elusive £0 joining fee offer which just so conveniently happens to end tonight, and categorically will NOT be coming back any time soon! Despite Doris’ initial objections about lack of money and partner reassurance, once the sales staff manage to ‘cleverly’ emotionally dismantle her with reminders about her weight loss goal for her wedding, she now feels practically forced to join the gym – poor girl.

But just as she’s at her most vulnerable, the sales staff will attempt to lure her into a 12-month contract (a 12-month contract outlined by some terms and conditions Doris could only read if she was armed with a magnifying glass and a pair of binoculars) because it’s slightly cheaper than subscribing to paying monthly. Oh, and if Doris shows any sign of hesitation, they’ll then waiver some other imaginary fee if she provides them with five names and phone numbers of friends who might also want to ‘sign-up’. DEAL right there Doris!

As a health club owner, put yourself in Doris’ shoes. Do you like to be persuaded by tricky sales techniques and canned sales questions? Does that give you a feeling of respect for the brand you are negotiating with? Is it a positive experience?

Sales reps may argue otherwise. They’ll continue to spout and share Wolf of Wall Street quotes every Monday morning on Facebook, while drinking out of their ‘Always Be Closing’ coffee mugs. We get that, but seriously, in a digital age where businesses are now encouraged to put so much focus and attention on providing amazing brand experiences, this impersonal, overzealous and obtrusive sales approach cannot and will not last.

Sales is not about selling anymore, but about building trust and educating.

Lead generation is still a core activity to marketing, (so kudos to the Zig Ziglar quoting fanatic in the corner drinking the Nescafe, you are indeed out of business if you don’t have a prospect’) but not in the same way it used to be for Health Club owners. It has all started to shift, it is now the nurturing process which is fundamental and this comes through building relationships.

Metaphorically speaking, sales staff do a lot of ‘one night stands’ in lead generation and not enough long term relationships.

Cold-calling a prospect based on a friend referral and expecting them to join because there’s a £0 joining fee offer is analogous to swiping right on tinder all day with the assumption you’ll get a match followed by a date that very same evening because the local hotel is offering a discount on deluxe rooms. It’s just not very relevant at that stage in time.

In fact every time a sales consultant calls a member at the wrong point of their buying cycle and leaves a voicemail saying something along the lines of ‘Hey, we’re just seeing if you want to sign up today, we have a special offer on’, they are simply dampening the prospect’s chances of joining.

Every text a sales consultant broadcasts, every facebook message, and every copied and pasted WhatsApp message sent at the wrong time is only off-putting to the prospect and detrimental to the consultant’s sales target they are trying so desperately hard to achieve.

This approach is called ‘flooding’.

A wise person once said that ‘no single raindrops ever feel responsible for the flood.’ Here, those single raindrops are any interactions that take place between a prospect and a brand at the wrong time.

There is only one way to stop the flood.

You need to counteract it with rays of sunshine. A ray of clever sunshine in the form of a CRM which allows you to deliver the right message, to the right prospect, through the right channel, at the right time.

Through much more personal, clever and softer content-driven and human-led marketing, you can offer genuine value to your prospects and make them feel like they have an exclusive membership with you. A good CRM will sift out those who are uninterested, allowing you to focus on the prospects who matter. As we move forward with the times, content and experiences will fuel your lead generation efforts, not scarcity and lines about limited spaces.

So don’t just pass leads directly to your sales team. Make sure your gym membership software allows you to;

Is your attention on making sales or making customers? Discover how to maximize your efforts by using CRM automation here.

On the occasion of the 10th anniversary of the company,eFitness CEO Łukasz Balicki gave an interview to the Bra(...)

6 reasons why your Health Club should be using reccurring payments

In running a Health Club, you have been blessed with the opportunity to offer a service that customers want to b(...)

Form Factory opens another fitness club, this time in Bratislava, Slovakia. It offers over 1000 m2 of space, mod(...)